A long time ago I posed the Question on my fan page (http://www.facebook.com/pages/Belinda-Zanello-Fashion-styling-illustration-jewellery/148916288493758) asking fellow creatives & photographers their opinion of Fashion Illustrators using or sourcing inspiration from fashion photographer's work. Would they feel flattered or ripped off to see their work as inspiration for an artist?
I got a great reaction:
"Flattered if inspired, if it's an illustration/painting recreation of the photograph I'd like credit given but still be flattered, if it's a photographic recreation used for commercial purposes ripped off and illegal."


"I think if credit is given, that is enough. You just have to accept if you put something out there, especially on the internet, that it is very difficult to control where it goes. But isn't that the beauty of it? Things can be passed on so easily. We are all bumping around bouncing ideas of eachother - it's difficult to separate one creative idea from another. They are simply plucked out of space/time and brought back to life again and again by creatively inspired individuals!"
A few weeks ago I wrote to Antony Snape (Photographer & friend) to ask permission if I may use 3 of his photos as inspiration for my next water colour fashion illustrations as I wanted to perfect painting chiffon fabric and he had some great examples, I know because I styled the shoot! (Credit to Nichole McLachlan's gown, fellow tafe fashion grad & friend) He graciously said yes, & I've been looking forward to finishing them for so long, but you can't rush art! There was a lot of colour layering to be done to get it just how I wanted it. I know I still have a long way to go in this art style, but hope you enjoy my love of illustration as much as I do painting it for you all.

Fashion Illustration has gone from being one of the sole means of fashion communication to having a very minor role. The first photographic cover of Vogue was a watershed in the history of fashion illustration and a watershed mark of its decline. Photographs, no matter how altered or retouched, will always have some association with reality and by association truth. I like to think of them [fashion Illustrations] as prose poems and having more fictional narratives. They are more obviously filtered through an individual vision than photos. Illustration lives on, but in the position of a poor relative to the fashion."

Posted by Belinda at 2:01 PM No comments: 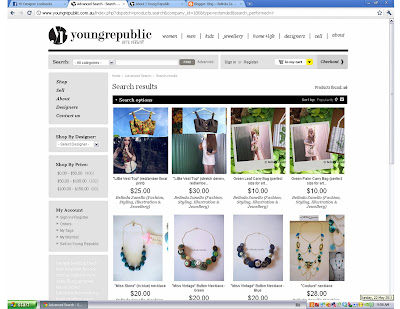 About a week ago, I signed up as a seller on Young Republic and was approved to sell online alongside some of Australia's talented emerging designers!


Buying through Paypal, you can look through Australian men’s, women’s and children’s fashion, accessories, homewares and art! There's also a facebook page too!

Here's my designer page:
http://www.youngrepublic.com.au/belindazanello
Posted by Belinda at 10:03 AM No comments: 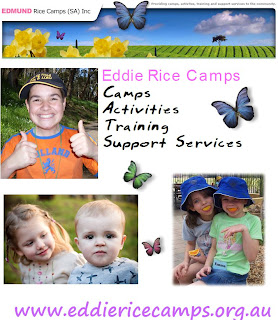 Using recycled clothing and fabrics, I volunteered in a workshop for Edmund Rice camps (girls 11-15) showing them how to do apparel decoration and fabric manipulation & embellishment to turn an old top into something new & personalized.


Also encouraging the use of sustainable fashion by recycling something rather than just throwing it out. The girls were so lovely & eager to listen & make something & learn how to "Up-cycle" their clothing & make it new again.

I had a ball & hope to volunteer again, it was great. I really recommend giving a few hours of your time to volunteering, it really is the most rewarding thing you can do, with most people putting such a high-price on their free time, (isn't that funny? Shouldn't free time be FREE?) being the time-poor society that we are today, do something for someone else, it can change your whole perspective knowing that you have changed or helped someone else's life, even in the littlest of ways. "Your free time should be free. Volunteer" -Belinda xx 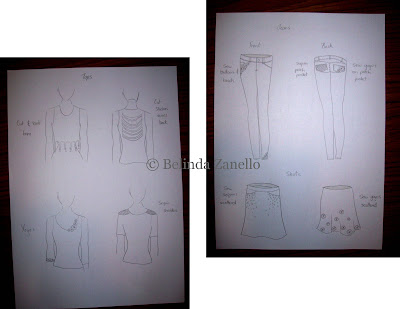 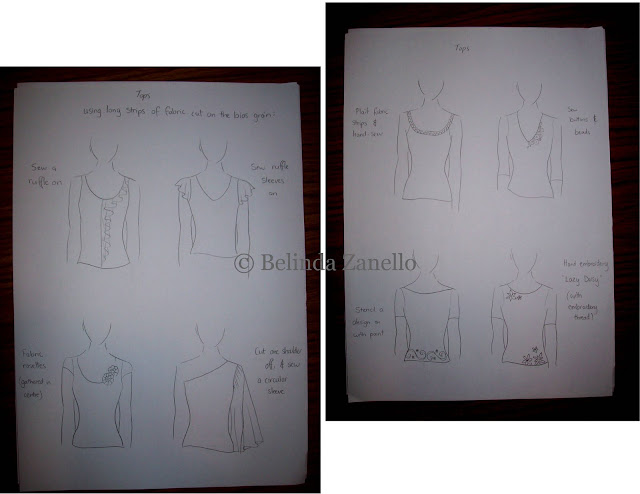 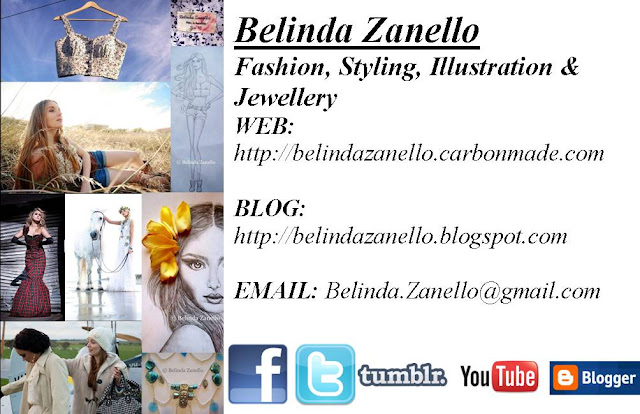 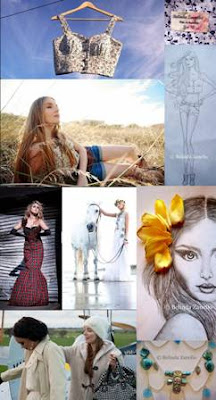 Posted by Belinda at 3:06 PM No comments: 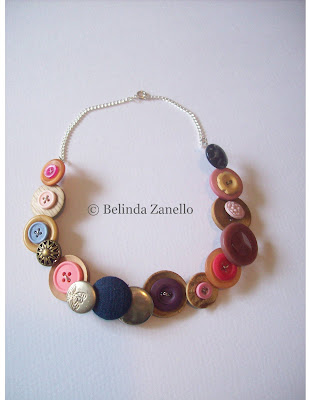 
After much experimentation with jewellery making techniques I finally have some new pieces to share with you (for sale) they are crafty, sentimental & have that homely, feel with sustainable materials.


I will be uploading bits and pieces throughout the day on my facebook fan page. The necklaces are $20 each, (gold one is $28) FREE postage in SA! ♥


To purchase, go on my fan page, like the page & comment 'SOLD' under the item you wish to buy: 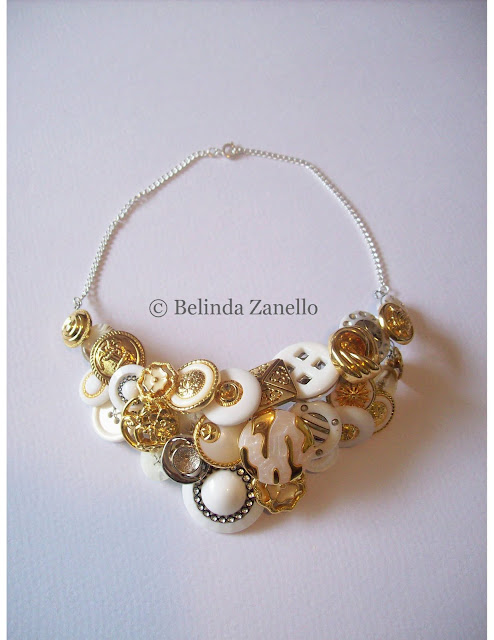 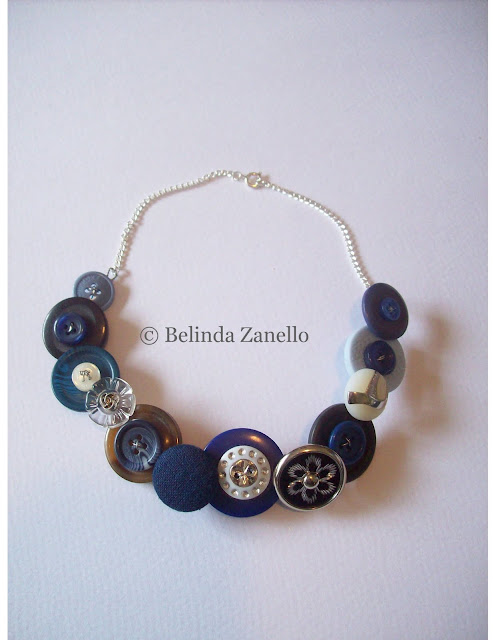 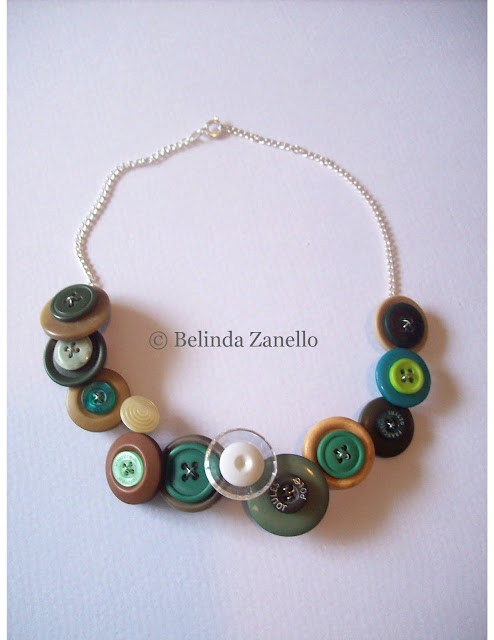 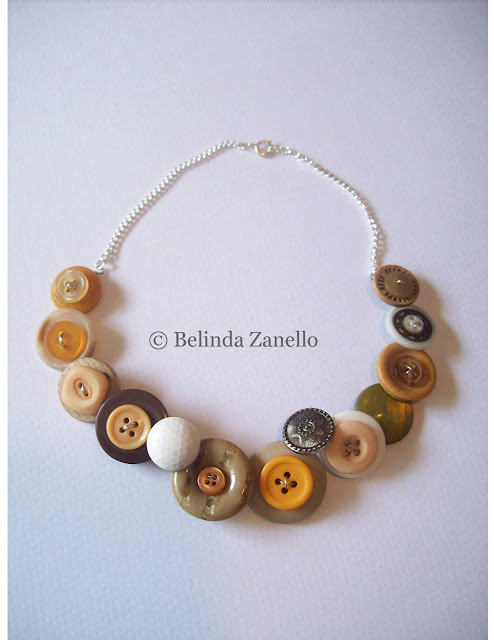 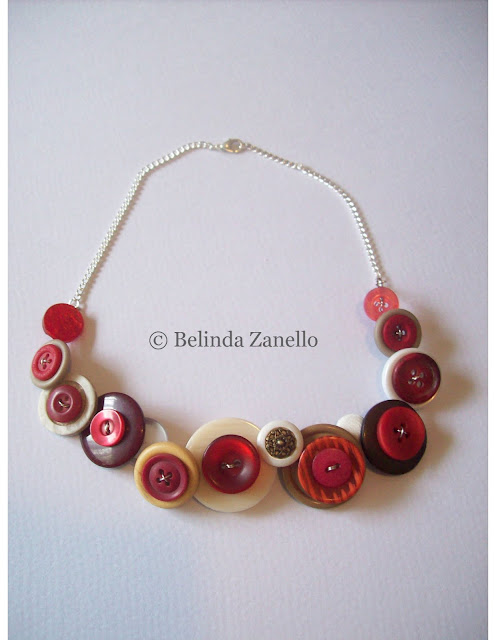 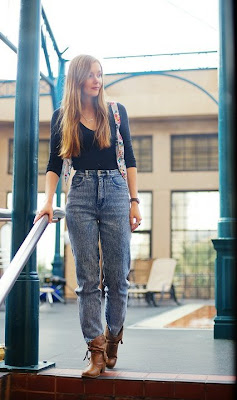 Still in the middle of being quite a productive fortnight, so many creative ideas & projects are whirling around in my head every time I hold a piece of printed chiffon or watch a music video and want to make my own! Lately I've entered a Fashionista competition, hosted by Fantastic Snacks, where I entered a vintage garment (my mother's 1980's Bubblegum (Acid Wash) high-waisted jeans!


I am now a finalist in the running & just wanted to show you the jeans photo (taken my my friend photographer Antony Snape).


Click on the link below:
.https://apps.facebook.com/fantasticfashionista/contests/95643/voteable_entries/20222473?ogn=facebook
Posted by Belinda at 11:04 PM No comments: 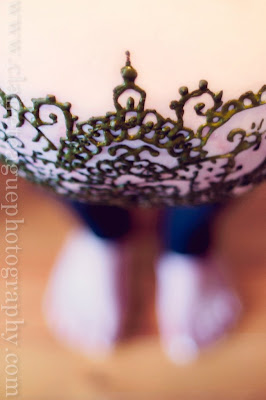 I've always loved Henna designs, read about them, seen hundreds of photos of Indian brides and princesses adorned and embellished with this beautiful and mysterious artwork which has been around for over 1000 years.


Recently, it was my turn to create something of this art style, collaborating with photographer Claire Teague and soon-to-be-mum Vanessa (39 weeks)!

I was a little nervous about getting the paste the perfect consistency (toothpaste-like) and was fortunately  successful, (mixing enthusiastically like it was masterchef!) although this henna kit I used, made a green, organic coloured paste, and had a lighter tan stain on it after; which could be a plus for future clients if they don't want the stain to be too obvious.

Here are the photos! Claire did an incredible job capturing the moments  with artistic flair and sensitivity while I was painting. Please check out her fan page & website:
http://www.facebook.com/ClaireTeaguePhotography?sk=wall
http://claireteaguephotography.com

Posted by Belinda at 8:44 PM No comments:

Promote Your Page Too

Belinda
Adelaide , South Australia, Australia
Having an artistic mother & seamstress grandmother, it is only fair that Belinda is torn between her love of the visual arts and flair for fashion design. So, having decided she could not have one without the other, she decided to pursue them both and sometimes remove the fine line between them. Fashion & jewellery design, accessories, fashion illustration, styling, costumes & more..